Pastor Reginald DeVaughn Sr. accepted the calling to Pastoral-ship in the year of 1995. Little did others know, God had called Pastor two years prior, but he was running from the calling. Finally, everything in his comfort zone was shaken and Pastor De Vaughn moved out of the way and let God have his way. After accepting the call of Pastoral-ship, he and his family were riding through a new sub-division called the Meadows of Southdown in Pearland. This is where they would purchase their new home. Pastor DeVaughn knew this area was where God wanted him, for he had shown him earlier. Further confirmation was given to Pastor DeVaughn as he drove farther and farther and noticed that it looked as if the Christmas Holidays were upon them, but it was the month of October (Halloween). The community was taken over by witches, pumpkins, goblins, ghost, scarecrows and other Halloween festivities. Pastor knew without a shadow of a doubt that there was a great work to be done in this area and that the purpose was to take back the community for the Lord.

The first official core meeting of this fellowship was held in the home of Pastor DeVaughn and family, Thursday, M 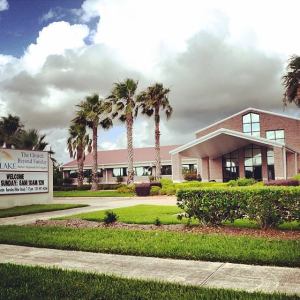 The church was officially organized on Sunday, June 4, 1995 at the Holiday Inn-Astrodome, with seven (7) members and 53 (fifty-three) people present. Johnnie DeVaughn, Algie Clark and Gary Jordan were named as Deacons and the church was named Silverlake Church.
Word spread rapidly regarding the newly organized Silverlake Church and visitors came far and near to hear a powerful word of God through this newly appointed Pastor. The church began to grow rapidly. Within one year we had a total of (77) members. Now 19 years later in 2014, Silverlake is blessed with well over (12,000) twelve thousand members & attendees and over fifty (50+) ministers birthed under Pastor DeVaughn.

We have been blessed to have purchased (40) forty-acres of land where the new addition to our Silverlake home will reside.